Hello all, My Name is Sean Heller, and you could say I am relatively new to the whole universe created around Star Wars. I have always been a Star Wars fan, but never really have gone beyond the Movies and occasional video games, until recently. With Disney purchasing the rights of Star Wars I decided to jump into all of this to see what it was all about. 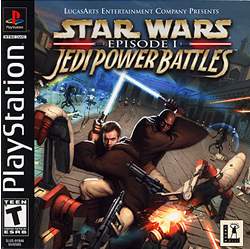 A bit of a back-story. I got into Star Wars when I was very young. I saw the digital remakes of A New Hope and The Emperor Strikes Back in movie theaters with my Dad. But it took a while for me to see Return of the Jedi. I was able to see the prequels multiple times in the movie theaters. I then proceeded to get into the video game side of star wars. I spent hours and hours playing Star Wars Jedi Power Battles for the PlayStation great game I enjoyed playing through the story arc of The Phantom Menace as a Jedi. I also spent many hours playing Star Wars Knights of the Old Republic which is where I became very interested in the Old Republic. The Old Republic era is where I find myself reading the most books. I find it fascinating to see how much the story has evolved from the movies, and to see how the many writes have created a whole universe around these movies.

I am very excited to see where the Star Wars universe is headed. After celebration Anaheim I am counting the days to see the new movie.  As far as the new cannon is concerned, I am a little hesitant mostly due to the fact that I want to make sure it stays as great as it has always been, but I feel this is the best move to make new movies and continue the story we all love without having the constraints of a the EU to follow, and hey now Chewbacca live! Andrew and I look forward to exploring this universe with you all. Until next time be on the look out for droids.
Posted by Unknown at 8:38 PM